The Olympia Park Munich is one of the most popular places in the city, not only for tourists,
but also for the citizens. This park has been built because of the XX. olympic summer games of 1972.
The area impresses with a masterpiece of modern architecture. The world famous „flouting“ tend roof
over the Olympic-Stadion from Benisch & Partner, as well as Frei Otto. With the Olympic-Tower it is
indispensable of the skyline of Munich.

During Summer the Stadion is used as a great location for open air concerts for world famous Singers.
A real spectacle with sold out 70.000 seats.

But even during the winter season, the park offers an unforgettable highlight of Munich.
When the sun is shining, there is not only a great view above the skyline of the city,
but also you can see the foothills of the very close Alps in the background. Book a „Roof-Tour“. 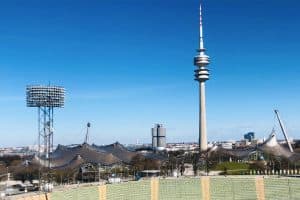 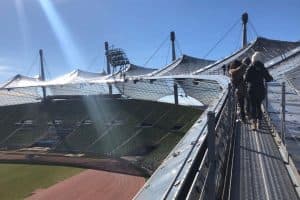 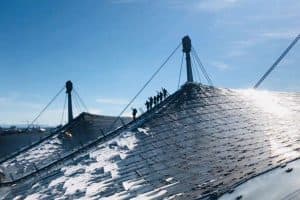